The Australian Parliament on the 3rd of September 1913 saw William Higgs, a Labor member for Queensland proclaim a sense of accomplishment regarding the foundation standards Australia had set in its early years as a single commonwealth.

His speech to Parliament reads:

We have to congratulate ourselves that no fewer than 912,049 persons in Australia voted for a party with this programme –

1.   The cultivation of an Australian sentiment based upon the maintenance of racial purity, and the development in Australia of on enlightened and self-reliant community.

2.   The securing of the full results of their industry to all producers by the collective ownership of monopolies, and the extension of the industrial and economic functions of the State and municipality.

And with the following platform –

1.   Maintenance of white Australia; and

We need not despair because we suffered a reverse on the 31st May last, seeing that 912,049 persons in Australia, despite the abuse of the opposing press, recorded their votes for a party of our advanced character.

I come now to a contentious subject – immigration. Our friends opposite, the Capitalist party, want immigrants to come to this country. I never have on any occasion, no matter what public opinion was in Australia, receded one inch from the stand that we should not bring into this country immigrants to lower the rates of wages and the standard of comfort of Australians. I have gone so far as to oppose in this House the expenditure of money by the Labour Government on advertising Australia, because I did not think that that was necessary. I believe that the advertisements mislead people in the Old Country, and that, if Australia is properly governed, people will come here without being attracted by special advertisements.

The only immigration that we can absorb at the present time is the immigration of farmers and farm labourers. When the Minister of Home Affairs refers to the Labour Government of New South Wales as bringing immigrants into Australia, my reply is that that Government apparently must do what it is doing because there has been created the public opinion that we must, for the purposes of our defence, introduce population, and Ministers fear that if they do not bow be- fore this public opinion, they may not have the opportunity to carry out Labour legislation, and may be relegated to the Opposition bench. I have never felt it necessary to do what they are doing. I think that we should not bring immigrants into Australia in the indiscriminate manner now being adopted. Agents are appointed in England, and are paid from £1 to £2 per head for every immigrant sent out. That is a wrong system. What do the agents care about the fate of the men sent? Not long ago 300 men were brought out to work on the North Coast line that is being constructed in Queensland, but I had it on very good authority a few weeks ago that not one of those immigrants was at work on the line at the end of three months, all having gone into the towns and cities. Honorable members opposite may individually dislike to know of these things, but the Capitalist party, which furnishes the major portion of the Liberal party’s funds, wants to get immigrants into the country at any cost, to lower the standard of living and comfort, to break up trade unionism, and particularly to destroy the political Labour movement. 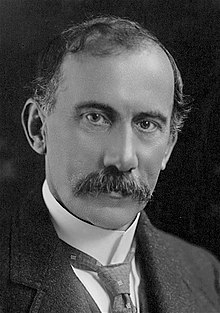